Archives of Consumer History 1980-2020
About the Emancipation of the Consumer
Smallest Museum About the Biggest Issues! 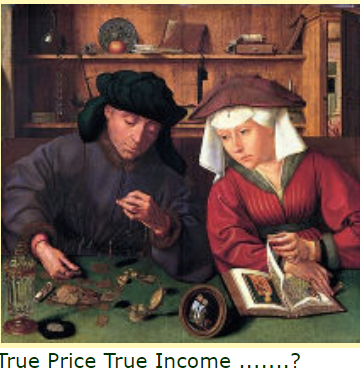 In the international week of the museum 2022 we came upon the idea to name our archive also museum! But that was one step too far because it is always in progress like the academy itself!

WHY? Because 1980-2020 is now the complete story of the emancipation of the modern consumer and the birth of consumer governance into the 21st century. Most of the archive is available in the news archive on our website and so open for everyone worldwide! As a real museum! The smallest museum about the biggest issues! About the single consumer in the great universe!

HOW? A complete website about consumer governance, about all information a consumer needs today. With e-book, video presentation, toolkit for schools, and a money-manager for all daily expenditures. A library with 5000+ books, an archive with 100.000+ articles from daily papers and from magazines.

WHAT? It is also the complete biography of a consumer working towards the 21st century of maturity. As consumer, citizen and co-creator. And last but not least as human being!

A museum is by definition always about art and/or science. The Consumer360Archive is also about science by artistic presentations. Using projective geometry, storytelling, dialogue or working with each other in circles, moneymanager and libraries, archives and emails sorting in the same way as the universe around us and creative in details. In other words: a museum about work in progress. About the consumer/citizen/co-creator starting his/her way into the 21st century! In other words about the WorldWideWeb360 of information, communication, trade, service and production. Follow the money!

To give you as a visitor an overview on the whole project, we wrote a big picture of the history of mankind.

When we look back in history we can recognise the great periods of governance. In Egypt the pharaos, in the middle ages the kings, in modern times the business. We can recognise a process of head-heart-hands or in other well-known words planning-organizing-realizing. In organizations, countries worldwide and at home as well.

In the 20th century consumers are stepping up to the stage. Consumer unions first in the USA later in Europe and worldwide. Also teachers on home economics have their organizations now more than a century.

The great wake-up calls for consumers started in the world of knowledge, in the “roaring sixties” of the universities of Paris, Berlin, Amsterdam and worldwide. In 1972 the Club of Rome published the Limits to Growth. In 1987 the Brundtland Report Our Common Future was published by the United Nations.

Were the sixties a wake-up call, the seventies all kinds of consumer organizations were founded (food, healthcare, housing, education first, later on the other areas). In the eighties all kind of projects and starting financial institutions came into being to give a basic tool for realizing all the new projects and organizations. Consumer Governance was born! Because consumers were creating the founding platforms for financiers and banks, and for dialogue consumers-producers. The economy of Questions and Answers was replacing Supply and Demand, of marketing and selling as it used to be. Lifting the economy into the world of consciousness, dialogue and finally co-creating.

In the 21st century more and more people orientated the new trends and since 2021 we could make the conclusion that humanity became the age of “maturity” in all the personal decision-making in accordance with social and environmental developments. The SDG’s as proposals for the Future we want can help to find our directions in all directions! Life is getting really interesting now!

Everyone of us knows quite a lot about history. From school, museums, reading books and holidays around the world including interesting hotspots of archeology, economic greatest developments of watermills, industry and transport over the oceans and even into the great cosmos of the planets and beyond. And last but not least all about the trenches of wars through the centuries where we battled each other to the limits of life!

But history becomes more and more interesting when we look to basic laws of development which drive those developments. Most enlightening is comparing human biography and the biography of mankind! Then only then we can learn to understand history as a whole, then we can see the real big picture of our common biography! From the future we made untill now and the future we want to make for ourself and together with all others.

When we try to look before the pharaos and beyond the near future it becomes fundamental for our understanding the biography of the cosmos as a whole!

Looking back to the creation of the world and all its inhabitants we can better understand it by not thinking about a big bang but by imagining a breathing process from the total infinity to the smallest point of creating the planets and the sun and “some” more stuff. And now breathing out to the widest infinity again. That is what looks like a big bang! But can be seen as the biggest picture of cosmic development. Please look at it yourself and draw your own conclusions!

In the same way as the physical proces we can look to the social history and even to our personal lifeline(s). When the material world became denser our thoughts grew wider thanks to the Greeks who developed the road to thinking, to philosophy. Then the Romans came to lay the basics of personal, organizational and political rights and wrongs in basic laws. Finally the economy started in the Renaissance from China to Venice and Amsterdam and from England to the America of the highest efficiency. Again the big picture of head heart hands, of planning organizing and creativity!

In our personal biographies we can recognize similar roads of development. In rhytms of seven years we discover the world as a child, we discover each other on school, and we discover our talents in the years of becoming an adult.

That rhythm of the seven years can be recognized in our own biography, in organizations, in every country and in the cosmos of mankind as a whole. Surprising? Perhaps! But understandable in the end.

The interpretation or understanding of the big picture is only possible by thinking and/or clairvoyance. Clairvoyance is to be reached by meditation but also by sharpening our observations for instance by looking intensively to the growing process of plants. That is the way of phenomenology in search of the thoughts behind the real physical world around us. But also projective geometry (perspective geometry) which is used in many computerprogrammes, games and works of art can help to make the inner world of everything understandable and relatively “visible” for who is not yet so far for clairvoyance which is the most direct way of scientific research and proving.

But looking more intense to daily reality, to human behaviour and to the great lines of history as we study in religions arts and sciences much more becomes understandable.

From Adam and Eve leaving the wholeness of Paradise toward the vision of a New Jerusalem as a future we could reach as a higher way of wholeness, built on free individal co-creators working together with each other to build all the futures we want every day and every lifetime and always on higher levels than before.

But the natural sciences to encounter the physical world to be also able to say “no” to the spiritual worlds was the basis to be laid for the human being to become free, really free. And so become a real co-creator like God himself. Also read Allah and all the other divine names of the other religions, because all religions were steps on the same path to freedom. And towards responsibility now and in the future!

The mirror of freedom is responsibility for our daily lifestyle, but also for our role in society and in nature. Those responsibilities are written down in the Sustainable Development Goals (SDG’s) by the United Nations in 2001 and 2015.

For who wants to “see” the biggest big picture it might be of help to see Christianity not as a religion but as a real encounter with our creator himself who gave us the enter-button to develop our higher identity. He tells that in the gospel of Saint John by calling our deepest sources to become co-creators as human beings, as people who can think, talk and act as mature people, as adults! That is what we can see in the number of 21 or 21 centuries after that event. Believe it or not?